Just another day in NWA

Do I really live in Arkansas? I can't believe it with all of this recent winter weather! Don't get me wrong, I love snow, but it's just been too much lately. Come on Spring weather!! 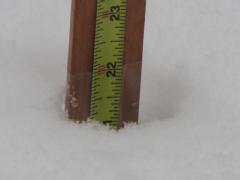 I can't believe this...and there's more coming!!
What happened to the 4-7" they predicted? 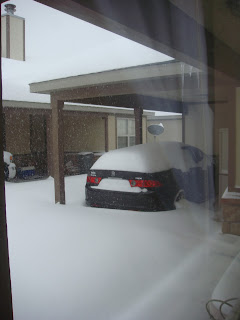 I don't think I'll be making it in to work today. 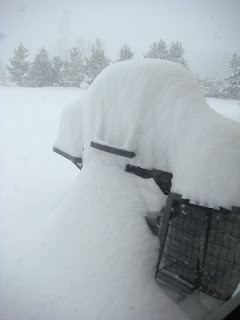 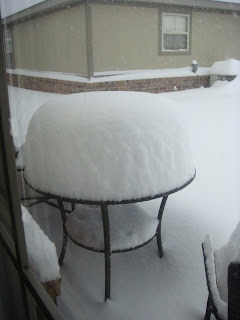 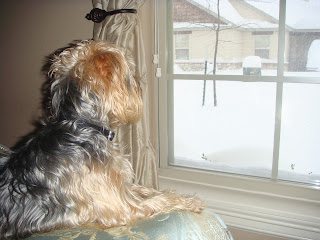 Bentley doesn't know what to think about all this snow! 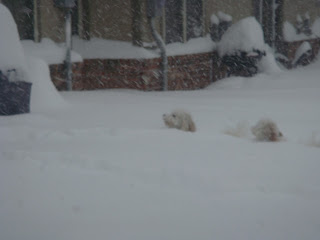 The neighbor's dogs trying to make it back inside. Poor things. I opened my door to let Bentley out to play with them and he ran right back inside!
These pictures were from first thing this morning from the inside of my house. Maybe later I will venture off outside to take some more. It is still coming down! 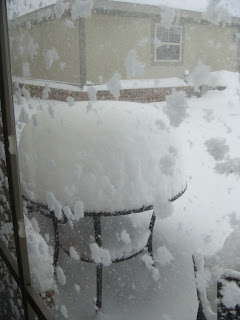 Snow is still coming down hard. 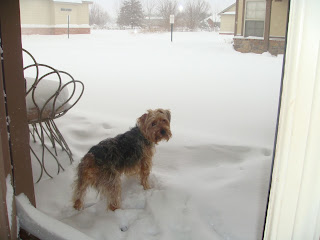 He's finally ready to get out in the snow. 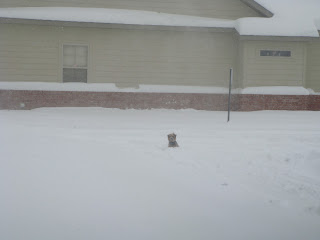 Can you see me? He was standing in a track from the neighbors truck. 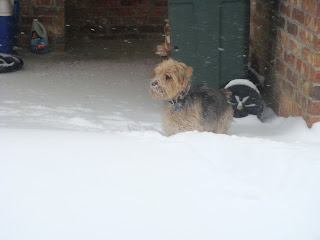 Almost ready to come inside...then he decided to run out and play in it again.


Bentley decided to go outside and play. The only spots he didn't have to jump to get through the snow was where the neighbors truck was parked. I wish I could have gotten my camera set to video when he first got out in it. Too funny!!