The first date goes to the oh so adorable William
His clue is “Want to make a splash in Vegas? Love, Ashley” 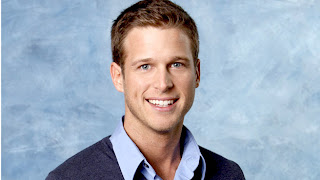 WILLIAM'S DATE
They take a private jet to Vegas
{So….on our first date….maybe we should plan a wedding?
Yeah…that doesn’t normally scare guys off}
anyways…back to the date.
Their date begins at a cake shop with wedding cakes. He thinks she just wanted cake, so he goes with it. They feed each other and finally pick a cake they both like.
They also go ring shopping and say they are hoping to get married next summer.
{Really? You don’t even know each other!}
He keeps getting nervous and is wondering what the heck is going on.
Next stop is a chapel, where they talk to a minister. The minister promises William he can get through it. Ashley practices walking down the aisle and they say 'I Do.'  Well -  at least William does. They kiss at the altar and run up the aisle and out the door. She says that after half a date she is already falling for him.
After the wedding adventure, they go on a boat tour of Vegas and enjoy dinner over the water at the Bellagio.They talk about his job in sales and his dream of becoming a stand up comic. He also talks about his dad's death and how much the watch he has stopped at his dad's time of death reminds him to not take life for granted. She also shares how his story really hits home for her because of her dad's struggle with alcohol.
She gives him a rose
AT THE HOUSE....
The other men are jealous as she whisks William away on the first one on one date. They want to spend time with Ashley as well….but continue to talk about how smoking hot she is. The men question the mysterious masked man and wonder if he is ever going to reveal himself.
GROUP DATE
Constantine, Ryan M. Chris, Ben F, Nick, Bentley, West, Lucas, Stephen, Blake, Matt and Ames get a date with the clue
'In Sin City, boys will be boys. Love, Ashley.'
They fly off to Vegas, where Ashley is waiting for them. She has a surprise waiting for them....a dance crew called Jabbawockeez from America's Best Dance Crew. {They are fabulous.}
The men are divided into teams and told that they will come up with their own routine and have a dance off. The winning team will perform at the end of the night and the other six go back to the house.
First up is “The Best Men.” They are cute and it is impressive what they came up with in such a short amount of time.
“No Rhythm Nation” has Ashley in the whole routine and they even dance with her rather than around her.
No Rhythm Nation wins.  Ashley wanted to spend more time with The Best Men, so she is a little sad. They head back to the mansion.
Her first one on one is with her fellow dentist Blake. She sees a lot of herself in him and hopes they won't butt heads.
West talks about his past marriage and how his wife died. He says he is ready to fall in love again.
Ashley tells Bentley to stick around, only if he feels something for her.
At the end of the night, Bentley gets the rose.
{WHY?! THIS GUY IS A COMPLETE D-BAG}
{You're a dog! Maybe I think of him as a dog because Bentley is my dogs name but I really can't stand this guy} 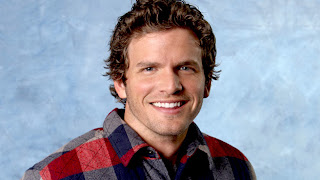 MICKEY OR JP?
They need to flip a coin to see who gets a date. The coin has a picture of one of them on each side. The oh so hunky Mickey wins. 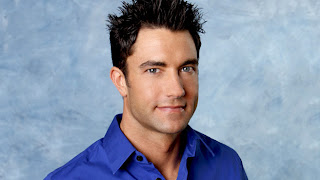 Mickey and Ashley meet in Vegas and go to a wine tasting. The entire date is a game of chance and they flip a coin to determine everything.
Over dinner, he talks about his mom's death and how she made him become a better person in life and in death. She says his outlook on life is what she is looking for in a husband.
She flips a coin to decide is she gets a rose. Heads rose, tails home. It is heads, but she says he would have gotten the rose regardless.
They go outside and she surprises him with a concert by Colbie Caillat. They stand in the water, dance and kiss.
AT THE HOUSE....
There is a lot of jealousy in the house already as all the men vie for Ashley’s attention.
The men are upset William gets more one on one time when he already has a rose.
Jeff says he is going to reveal himself to Ashley tonight. He talks about a brain hemorrhage he had at age 29, his divorce and how after 5 years he is finally happy. He says he moved on from his divorce and he no longer takes life for granted. As he is about to take his mask off,  but Matt interrupts him. He goes back to the room and everyone is surprised he is still in the mask.
Bentley carries her to the fireplace and they make out.
William brags about his date.
That is about the jist of the mingling.
ROSE CEREMONY
William, Mickey and Bentley all have roses. West, Constantine, Ryan P, Ben C, Nick, Ames, Lucas, Jeff, JP, Chris, Ben F and Blake all get roses.
I’m sad she said goodbye to Ryan M. He seems like a good guy.
Tune in next week for more dates, broken hearts and Bentley taking the opportunity to tell her how he really feels about her while  hoping his hair looks good in the process.
Posted by Amber